Rachael Yaeger is the cofounder at Human NYC, a web design and development firm, and the recent acquirer of the Roscoe Motel. She’s not what you would describe as a typical business buyer - she didn’t raise a search fund and spend months looking for the perfect business to buy. Instead, she drove by a really cute motel in upstate New York…

Human works with Baton, and when we learned how Rachael bought that motel, we had to share her story.

How did you end up buying a hotel?

My grandparents and then parents owned a motel restaurant where I'm from near the Adirondack area. Growing up, I heard glory stories of owning the Cranberry Lake Inn, but they always told me never to follow in their footsteps. They were always on 24/7. So I ended up going into marketing and eventually started my own agency.

After 10 years in New York City, I started exploring the Catskills, hiking, and camping. People would come up to me and ask, "Where did you go on that hike? Where did you find that campsite?" As a result, Human started hosting a conference called Likeminds Camp with Zach Pollakoff. We started promoting people getting out of New York. That kind of satiated this hospitality part of my soul. And then when COVID happened, I had driven by the Roscoe Motel on the same day when the owner put a for sale sign out front. That’s now where I’m taking this call…

I wasn't planning on buying a motel. I wanted to do it someday, but I thought it would happen later in life when I was ready to slow down. I’d toyed with the idea of doing something in real estate, but I didn't want it to change and consume my life. I looked at properties and thought maybe I’d purchase 50 or 60 acres and create these modular, tiny homes for people to rent out and work from. But the more I dug into that, it seemed like a giant undertaking. I'd have to raise a ton of money, and it felt really overwhelming.

The day I drove by this motel, I just thought, "That just seems so cute and so doable." So I reached out to the owner and I started talking with her.

How did you decide you should actually buy the motel?

I got it inspected and the guy that inspected said he’d buy it. I knew the bones were good. I have friends living in a town ten minutes away. My mom always said if you do the motel thing, make sure there is a town that can support your business. People will need to go to a little shop for groceries. They'll need something to do, like a bowling alley or a movie theater. So I saw that in Roscoe, the town where the motel is. It's a renowned fly fishing area. Livingston Manor, which is blowing up with cool shops and restaurants is only 10 minutes away.

The goal was for the business to break even. We looked at the books and our accountant said the business pays for itself, but it didn’t have any staff. If I wanted to have someone else operate it, there wasn’t a lot of wiggle room there. I don’t come from money, so I needed to get creative with the financing, and the seller was willing to do owner financing. I also didn’t want it to take away from Human, my other company.

When COVID hit, I finally approached my business partner and said: “Our office is almost 5K a month. The mortgage on this motel is $2,500 a month. I don't think we're at any risk there. And then worst case, I pay $2,100 living in an apartment in Bedstuy. So I can personally guarantee that this makes sense."

Michael, my partner, "I can't wait to change the light bulbs."

We realized that even though the business wasn’t hugely profitable, we’d now have a place where our whole team could get together upstate, replacing our office. It was going to be a fun experiment.

We had one agreement to buy both the business and the real estate. One of the most unique parts of our story to me was how helpful the sellers were. I lived in a motel room and just followed them around for two weeks. Going into that, I kept thinking “I’ve never run a motel. I have to figure this out.”

After those two weeks, I realized they had their own really homegrown process that I could handle.

So, how does your team utilize the space now?

My team knows me really well. Most of us have worked together for 6-8 years, and they all thought it made a lot of sense for me. I love it upstate. I love hosting people. We’re remote, and we already do this conference in the Catskills.

The team stays for free whenever they want, and they all helped during the transition process. Many cleaning rooms. For the first year, we did everything ourselves, and I had a ton of help from the team.

Now, our designer comes up and stays and hikes. Our project manager ended up buying a house 10 minutes away. My partner is looking at a house nearby. It just ended up being this giant no-brainer and not as big of a deal as I thought it would be.

What did your family think about you joining the family business?

I thought they were going to think I was crazy! But they thought it made a lot of sense. It’s in my blood, and they were waiting for me to do this eventually. Now, I’m building websites and working with clients from the reception desk. I'm really able to do both.

How’s the first year of operations been?

We finally found a wonderful cleaner/manager to really take over the bulk of running the rooms. With our agency, Human, we just take it client by client. And we've really grown the business by focusing on the work and seeing what happens. We don't get overwhelmed very easily. We did the same thing with the motel, and really just focused on how it operated for the first year.

We realized there's this huge baked-in fly fishing demographic of people that have been staying here for decades. And then of course we had a pipe burst last year. So we had to figure out how to do an insurance claim and we replaced some of the piping, but yeah, it's been a really fun journey.

What's next for you, the Roscoe Motel, and Human?

I think there's a lot of opportunity within this area. We’d love to purchase more property here and try to mindfully develop the community. We’ve toyed with other small businesses in the area or other rental properties. But we’re very mindful of “upstate gentrification.”

Then we went on a company ski trip. One of the mountains had a motel on it, and I thought, “If we could just also do…”

Or our team is obsessed with Mexico City right now. So what if we did a little compound there? An apartment in Berlin? My brain is playing with the idea of creating multiple little outposts that run independently that our team can utilize. If we do that, we’ll be working with Baton to help streamline the valuation process!

If you’re interested in buying or selling a motel in upstate New York, or any other small business, Baton can help. Click here to learn more.

George Vallone, the owner of Nuveldy's, talks to us about buying & selling businesses and working with Baton 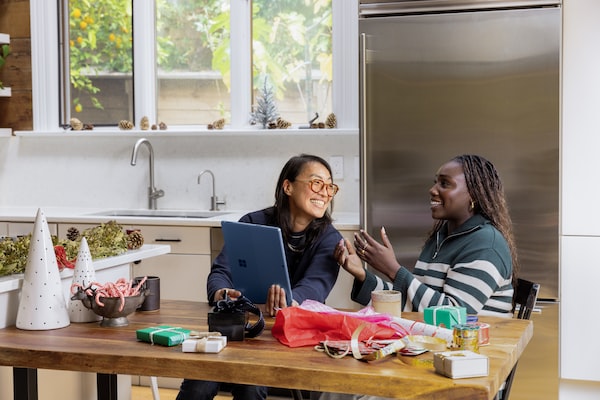 Taylor walks you through the 10 things you can do to get your small business ready for 2023.